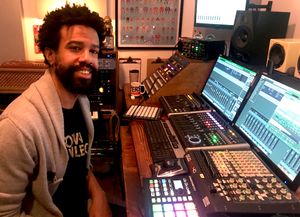 This episode is all about hip hop. Paul Womack, AKA Willie Green, is a New York-based hip hop producer specializing in "art-rap." He produces extremely imaginative, groundbreaking beats for hip hop and pop artists who are not afraid to break the rules and sound completely different. Operating out of his studio in Brooklyn, he works with a roster of super creative and outspoken artists like Quelle Chris, Premrock, Billy Woods, Henry Canyon, EllaMaeFlossy and many others under the label Backwoodz Studioz. We talked about good versus shitty sampling, the difference between studied and naive creativity, drumming with Uncle Dave, the hypocrisy of self-hating immigrants, armchair A&R, and a lot more.