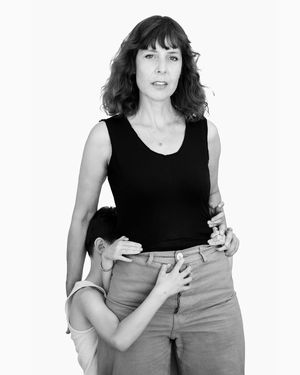 Eleni Mandell is an LA-based singer-songwriter who has been making some of the best music you'll ever hope to hear since her first album, Wishbone, came out in 1996. She's an astoundingly prolific artist with a huge discography, and she's collaborated with such heavy hitters as Nels Cline (Wilco), DJ Bonebrake (X), Joey Waronker (Beck), and Nate Walcott (Bright Eyes), putting out one great album after another. Her songs have been covered by the likes of Jackson Browne, Harper Simon, and Van Dyke Parks, and she continues to perform with her solo project as well as the four piece female miracle harmony ensemble The Living Sisters, and her side-project The Grabs. I met Eleni on tour in 2006 in Nashville, and I've since had the good fortune to work on some recordings and share a stage with her on a number of occasions. We spoke about the continuing struggle of being a creative person, a parent to twins, and a working human being in these challenging times. She also shared a sneak peak of her newest project Teardrop Ghosts with her husband and musical partner Milo Jones.